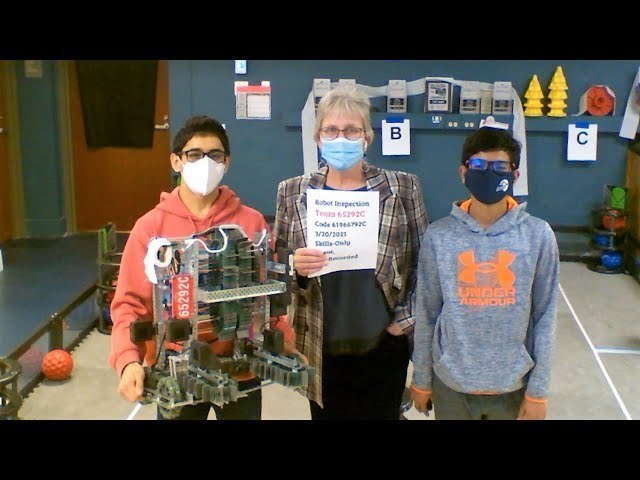 Central Middle School hosted its third annual Robotics Bruin Battle over Spring Break. Due to COVID-19, the teams had to learn how to compete and host virtually.

This year, Central hosted a virtual skills only Remote Tournament. This is the second level of the game in which a team codes their robot to move autonomously: on its own without a controller. It's the toughest skill to learn yet comes with great rewards and points if a team can pull it off.

Mehta and Paul’s autonomous code, combined with their driver points earned them Middle School First Place in the State of Oklahoma, qualifying them as the number one seed for the in-person Oklahoma State Championship in mid-April.

"The boys have worked so hard and have been focused on this goal. I am beyond proud of this team!" said Lolly Williams, Central Middle School STEM teacher and VEX REC Robotics club sponsor.