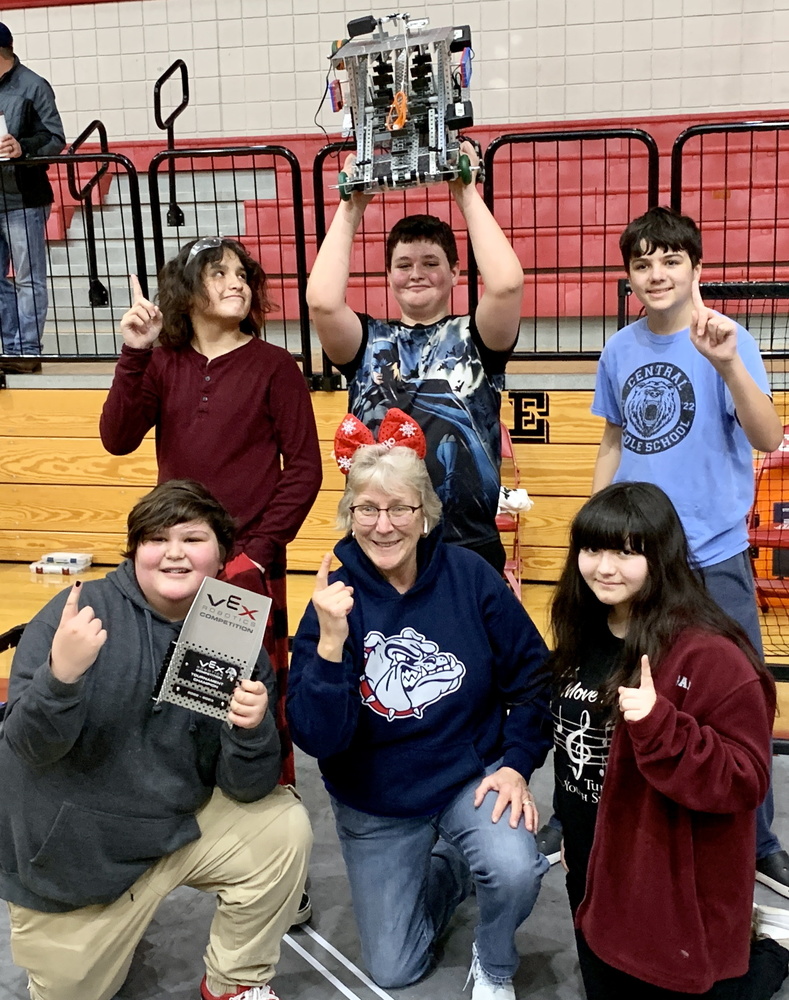 They started at 7:30 a.m., played 11 qualifying matches, and made it to the semi-finals. They were then undefeated through the 5-round single-elimination bracket to become tournament champions. This year's game is Spin Up.

Congratulations to the hard-working students and sponsor Lolly Williams. Central Middle School has been a Distinguished School in Project Lead the Way's Gateway to Technology program since 2018 and has fielded VEX Robotics teams, and hosted tournaments, for several years.